I believe that we
are only limited by
our fears and that
anything we want
to accomplish in life
—both academically
and professionally—
is possible. This is what
I try to instill in my
students. I encourage
them to create a dream
and to then actualize it
by taking action.
Anything is possible.
-Nikki Geula 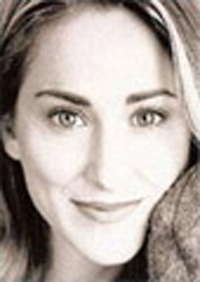 Nikki Geula graduated from Vassar College in 1994 with highest honors in Political Science. She grew up in Manhattan’s Greenwich Village and attended the Yung Wing School for gifted children and then The Dalton School. At Vassar, she was awarded the Eloise Ellery Fellowship and the Samuel B. Tilden Award for her outstanding work in Political Philosophy. Her thesis, Arete in Machiavelli’s The Prince: The Prince as Ethical in Light of Plato’s Healthy City received the mark of distinction. She was awarded the prestigious Political Science Internship, a stipend given to the student with the highest GPA in Political Science, to teach fellow students political philosophy.

After graduating from Vassar, Nikki attended the Circle in the Square Professional Conservatory where she received a graduate certificate in acting. Nikki is a published political journalist and has appeared on CNN for her work featuring the homeless in New York. Nikki is also the author of Refrigerator Art, a book of homeless and abused children’s art. Her screenplay Split Second was co-written with the former chief weapons inspector of UNSCOM, Scott Ritter and focuses on the genocide of Liberia. Nikki’s life-long hobby of making jewelry became more than a passion, as she designed the jewelry for Ralph Lauren’s recent Fall and Spring Collections for Women. Her work is also featured at Net-A-Porter based in the UK and in Podium, the ‘Barney’s’ of Russia. In 2017, Nikki was appointed the academic advisor to the American Ballet Theatre.